A damp day in July provided the more adventurous of us with the opportunity to get messy at one of Paul's Fellowship Events - making, and using, natural dyes. We had some success, but it was limited by the downpour that coincided with our newly dyed cloths being hung out to dry.

Paul had spent much of the winter researching what natural ingredients could be used to dye cloth. He put out a request at one Sunday service for avocado stones (duly supplied by the score - too many people obviously eat avocado on toast) and at another for elderberries (safely frozen until needed).

We met up at the Burnside Hall ready to go. We gathered all the ingredients together - Paul had brought most of them along, but there was some hands-on work required for walnuts (handy tree in the churchyard - very old lopper used for cutting them down) and stinging nettles (a handy patch also in the churchyard - gloves were provided).

After appropriate chopping, pounding and smashing of ingredients, pans of potential dye were put on the hob to boil. Don't try this at home - woad is really smelly when it's cooking! We added rhubarb leaves to make the dye stick, but you can add wee instead!

After the ingredients had boiled for a while, the pans were taken outside to cool a little and cloths were put in them to steep. While the magic was happening outside (we hoped) we all had lunch inside.

We hung up the cloths on a newly fashioned clothes line (great knots, Paul) hoping that they would dry overnight. Except that night we had the heaviest rain for a few weeks and sadly most of the cloths turned (almost) white again - except for the ones dyed in turmeric, which turned sticky!

Here is a selection of photos taken at the event, click on a picture to see a larger version. 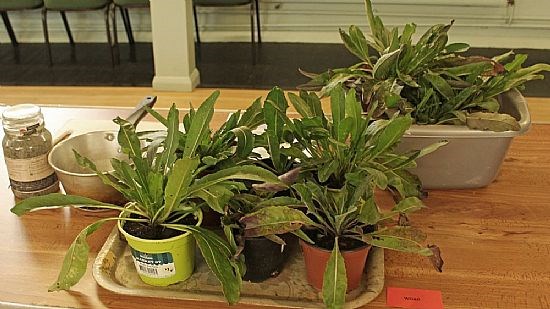 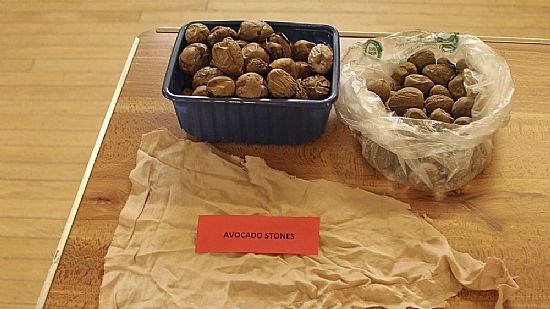 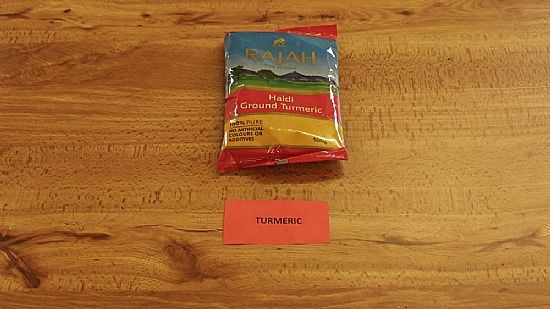 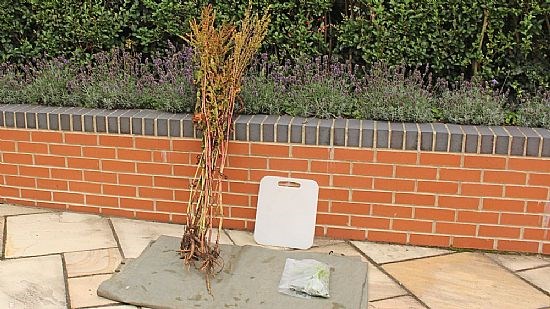 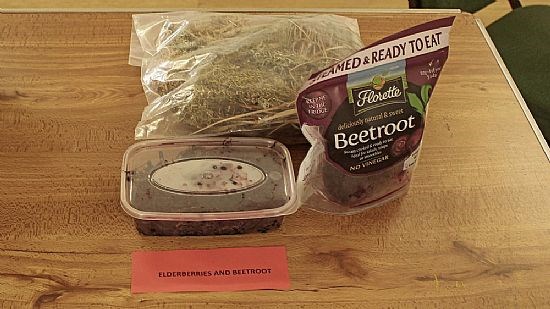 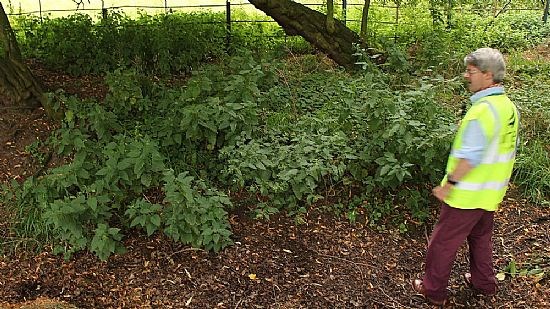 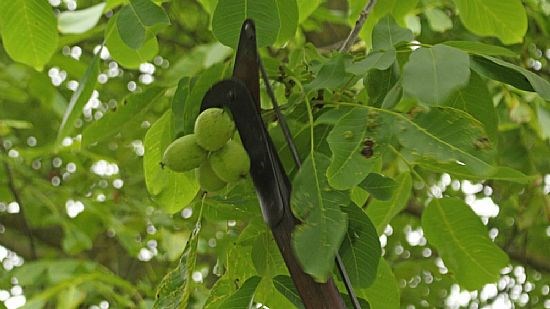 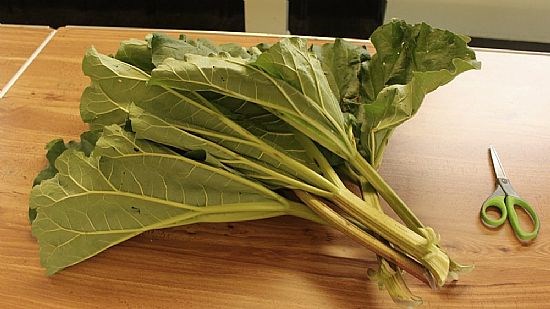 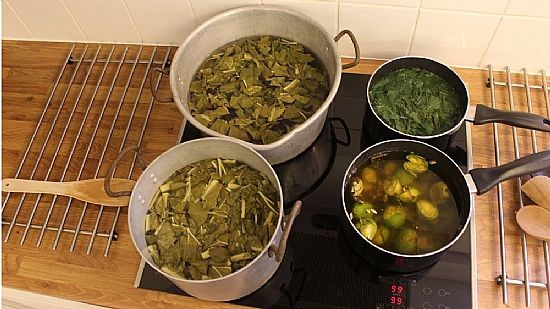 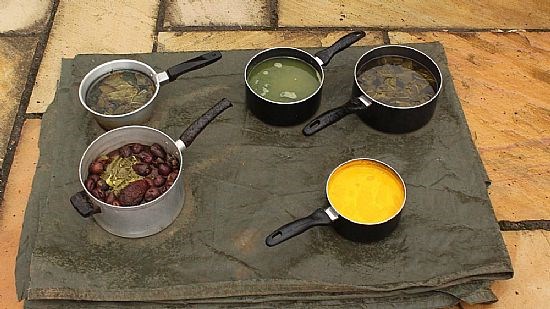 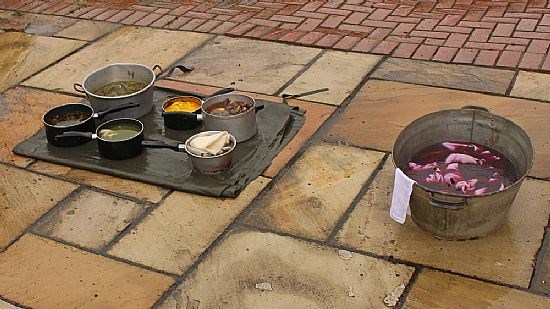 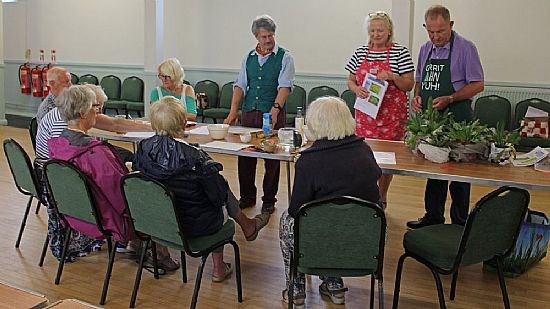 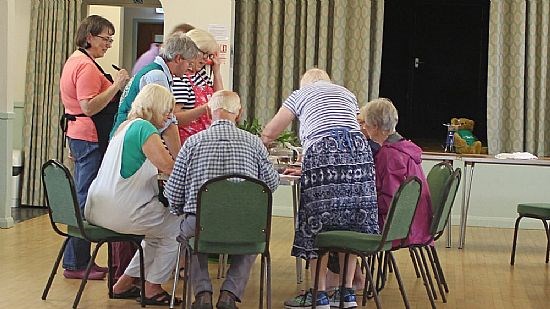 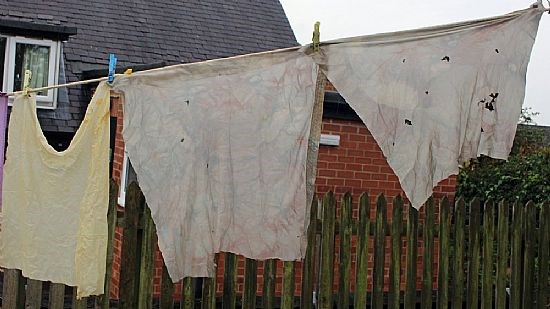 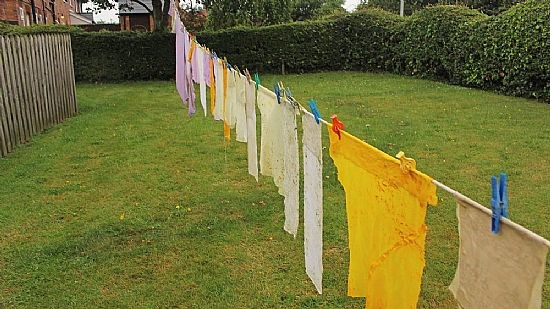 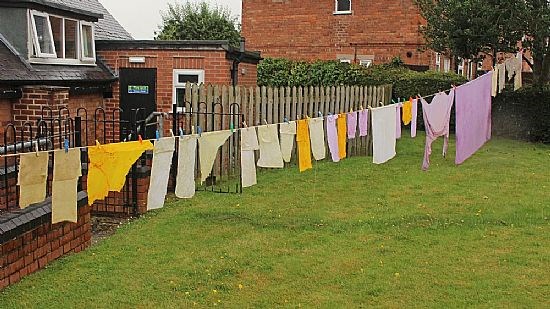